When to replace the battery

The capacity of your rechargeable LiPo Battery will gradually decrease over time and as it's used  (charged/discharged). It will need to be replaced when it reaches 80% capacity. Charge cycles are only one factor that determines when it's time to replace the battery.

How you charge, use, and store the battery plays a significantly larger part in the battery's overall life expectancy. Heat, over-discharging, over-charging can all result in your battery swelling, failing to charge, or failing to discharge (meaning it won't work) and cannot be restored. Improper use is not covered under warranty. 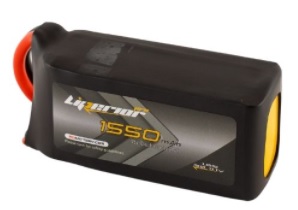 It will need to be replaced if the battery has been damaged, or begins to swell, or become misshaped - it should be kept in the fireproof bag and away from anything flammable until it can be disposed of properly.

Some reasons to replace the battery include:

IMPORTANT: Leaving the LiPo battery plugged into the main drive unit when not in use is not recommended. The battery may continue to drain - and if the voltage drops below the minimum voltage this will permanently damage the battery. This would not be covered under warranty, so to protect your investment ALWAYS disconnect the battery plug from the drive when not in use.

IMPORTANT: charge until ALL THREE LED lights turn green if using the B3Pro charger. Or to "FUL" if using the HotRC charger - before use every time to assure proper balance of all cells inside the battery.

If the battery is used before it indicates the battery is fully charged - this may permanently damage the battery causing it to stop taking or holding a charge. The battery might also swell and become a fire or explosion hazard.

Note: you can stop charging before it reaches full and continue charging later - as long as you don't USE it until it has been fully charged.

If your battery swells, fails to charge or hold a charge - the battery needs to be replaced. Please dispose of the batteries responsibly. Google "battery recycle center near me."

CAUTION: The battery should always be allowed to come to room-temperature before charging. Charging a hot or cold battery might delay charging or damage the battery. For best results, charge the battery at temperatures between 50º and 80ºF (10º-30ºC).

The advice given above is general in nature and you are responsible for the safety of your batteries. SwiftPaws is not responsible for any direct, indirect, special, or consequential damages and personal injuries, including that to life, and health, resulting from the customer’s application and use of batteries sold by SwiftPaws.com.

Was this article helpful?
Yes
No